Rocketship helped NCA develop a three-phase marketing communications plan, which included everything from a press release and social media efforts to planned events.

In 2019, Northshore Christian Academy was facing declining enrollment numbers in spite of consistently high performance on standardized tests and many other measures of success. The school’s leadership worked hard to qualify as an Exemplary High Performing School for the National Blue Ribbon Award, but they knew it wouldn’t be enough to reverse the trend on its own. They needed a marketing and PR plan, so they came to Rocketship.

Working with NCA leaders, Rocketship proposed a year-long sustaining PR and promotion effort to make the most of the opportunity. Was all of this necessary?

Rocketship helped NCA develop a three-phase marketing communications plan, which included everything from a press release and social media efforts to planned events. Looking back, in the words of Superintendent Holly Leach: 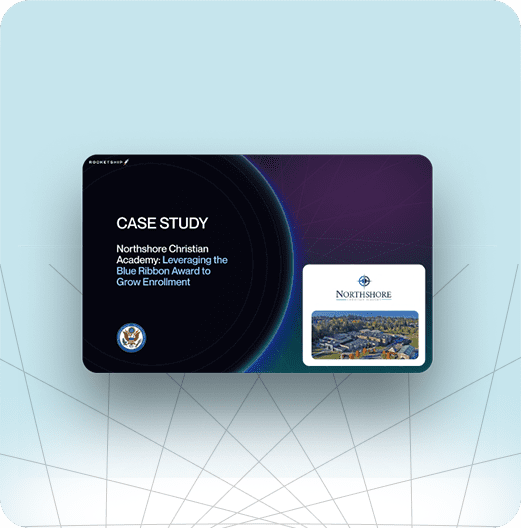 Download Our Case Study PDF to See the Full Communications Plan and More.

A Strong Return on Investment

So what were the results? Let’s look at website metrics comparing the year in which the activities took place, and the year following (when the impacts of the award on community awareness would be reflected in the numbers and inquiry levels): 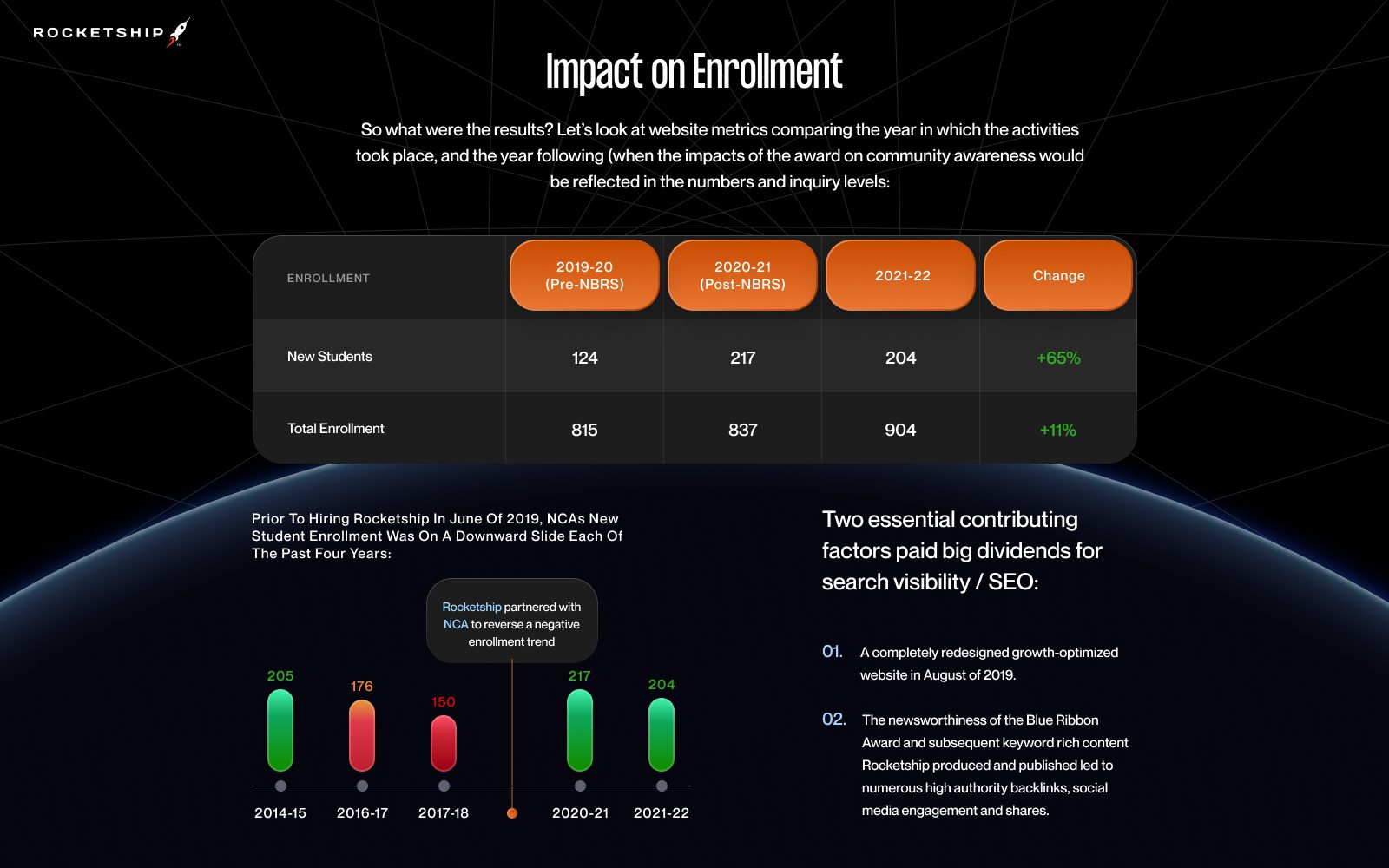 Growing Enrollment For Schools in the Pandemic Era

By the end of our campaign, NCA saw a 195% increase in search traffic and a 65% increase in new student enrollment. Our partnership reversed the school’s downward enrollment trend, revitalizing interest from the surrounding community. NCA ultimately brought in dozens of additional new students who likely wouldn’t have otherwise attended.

Ready to learn more about how Rocketship turned around NCA’s enrollment numbers? Download the full case study and communication plan.

Jump on Board! Let’s Reach the Stars Together!